It is amazing to see how many people still believe in wonderful roulette strategies that reaches our email inbox every once in a while. I am sure you know it, it is about betting an amount on red or black and, if your color is the winner, you withdraw the money you won and bet the same amount on the same color; if you lose, you bet double on the same color believing that the probabilities of losing over the same color for a consecutive number of times are low (Martingale betting)

Some cunning people even wait for a winning streak of 5 or 6 games on the same color to bet on the other. They think that after all the opportunity of winning many games on a row for the same color is low.

What is most certainly true is that, with this method, we have seen many people become multimillionaires, especially the casino owners…

The first problem with this strategy is evident, with a probability lower than 50% (in the American roulette there are 0 and 00, so it would be 18/38 = 47.36%) it is quite easy to run into a losing streak of many games. In fact, the probability of winning with the current color you are betting on in the next game remains the same in every game (47.36%) and IT DOES NOT DEPEND on the previous games (the roulette has no memory). Because you are betting double in each game, you will end up either losing all your money or reaching that particular roulette’s limit very soon.

In the previous example we can see that, with 8 consecutive lost games we begin to find ourselves in serious problems (so better not to think about 10 or 11) and maybe even close to the betting limits of the casino for that roulette. It is true that it is not easy to run into a losing streak of 8 consecutive games (in this case, the probability would be less than 1%) but, if it happens, you will lose all the money you have won so far and certainly more.

This system really has a 90% probability of winning, the problem is that every time you win, the reward is too little ($5) and the one single time you lose, could mean complete bankruptcy.

The main problem with this method is that losses are not under control; with only 1 lost game you may lose everything and, although the probabilities for this to happen are low, it is not a good idea to think about running the risk. Even more, better not to talk about the stress in case of losing 9 consecutive games and having to bet on the tenth.

Another example, imagine that the casino offers you to take a card from 1 to 10, winning every time that the card is not 10 (90% probabilities of winning), on the condition that you have to bet $75 and you can only win $5. Probably, you would not play, although it is exactly the same concept but, if you decided to play, on the long run, the casino would win $30 every 10 games. If you only play a few number of times you may be lucky enough to earn profits, but if you keep playing the probabilities of losing increase more every time.

If you believe that it is impossible to run into the same color during 10 consecutive games, we invite you to play in any casino, virtual or real, and find it out yourself. 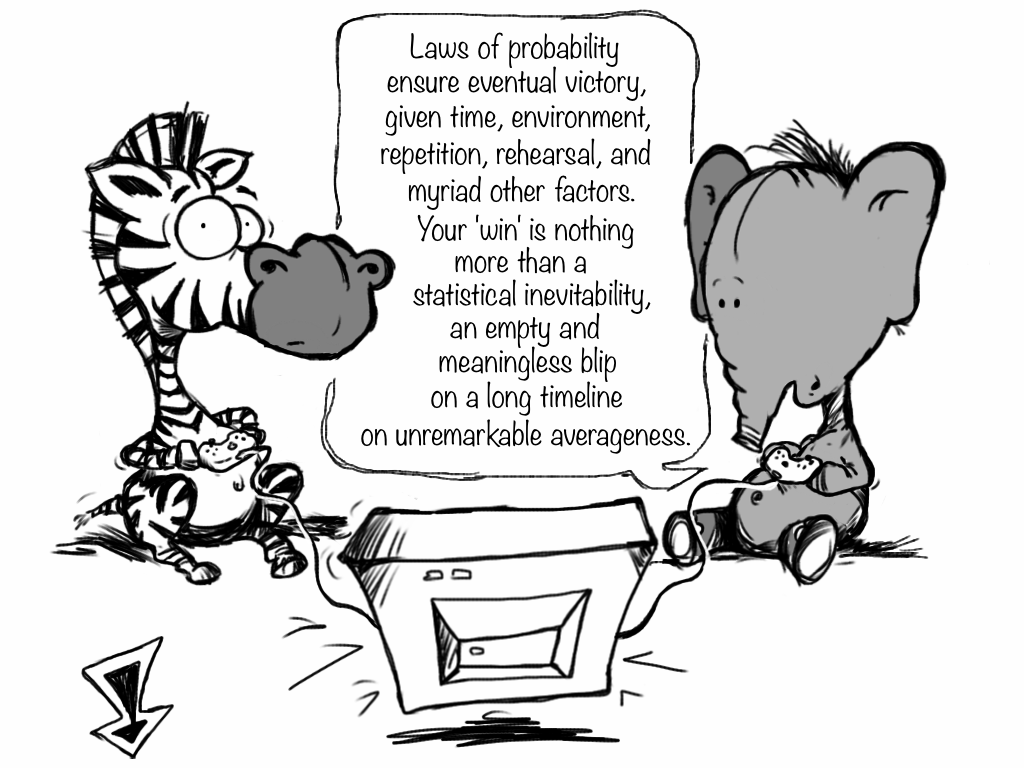 Let’s imagine that you invest $100 in stocks, after previously having studied the company, with good reasons to believe that the price of the company will go up. We could then suppose that, at that time, the company would have more than a 50% probability of going up (assuming that you have studied the value), but, what if it went down instead, when would you sell?

Many people don’t set a limit, or consider the limit to be when the price of the stocks reaches 0, believing that it doesn’t matter if it goes down, as it will go up eventually and they will recover their investment.

This is the same idea as before in the roulette (or even worse) because, although it is true that it is difficult that the price of the stock reaches 0, and that the probabilities of going up are greater if you do not set a lower limit (probably more than 90% if you are patient enough), if the price of the stocks plunges down even once, it would leave your money stuck, not being able to sell or having to assume great losses.

Having a probability of winning over 90% does not assure that you will earn money either. When tackling the problem, an approximation that tries to control the losses is better, and also taking advantage on the winning streaks to increase your profits. For the roulette example, with a reverse Labouchere strategy → we can make a lot of money, being at least clear what the losses may be.

For the stock exchange values, setting a Stop Loss and maintaining it even when the situation gets tough, and adding money only to the profitable investments, will grant you more profits than betting all or nothing, without a Stop Loss.