Over time, numerous methods have been developed to invest in the FOREX market; from serious classical approaches with trend indicators, pivots, candle theory, averages, oscillators, price action, economic news study, different kinds of functional and technical analysis, etc. to ‘miraculous’ methods that either claim to duplicate your money in a short period of time, or that they have 90% or higher accuracy percentage (it may even be true, it is possible to have a 90% accuracy percentage and still lose all your money).

The Gauge method is a Forex system that, using logic, mathematical theories, probability and risk management, allows us to invest money and earn profits without having to be wasting time in front of a computer.

Although our beginnings were not easy at all, we are now really proud of having a completely independent working system, with its own trend detecting and opening philosophy, capable of making on its own all the decisions necessary to manage the investments.

The reason why it popped in our minds the idea of earning money by investing in FOREX was that we thought it would be pretty simple. In fact, if we look at it in a simple way, everything comes down to successfully determining if a couple of currencies will go up or down, and there are only two possible options, your probabilities should always be of at least 50%.

The initial approach was very clear; attempting to find patterns that would increase that probability and implementing them into an automatic system. The reality came later, proving that it is not that simple, in fact it is really complex and in hindsight, we realized that we were able to move forward because we had some advantages on our side.

1Luckily, we were able to find online a great deal of methods and information that helped us see what kind of systems could work, and which ones were suicide. Maybe the problem is quite the opposite, it is really difficult to tell which information is valuable and which one is not, and you run the risk of wasting large periods of time learning things that in the end may not prove useful.

2Without any doubts, the crucial point was that, thanks to our programming basis and the existence of simulation tools, we were able to implement each system we wanted and execute regressive tests on it, so we could check its behavior during a minimum period of 5 years. This way we were able to find out if the methods would turn profitable during that time. 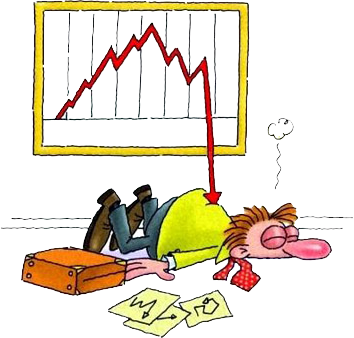 Good or bad, the results during this phase were quite disappointing. Even after having added to the methods the automatic risk management and proprietary methods for maximizing the probabilities, the result in any case was that, either they barely made any money or they plunged into bankruptcy (we would not be exaggerating if we said that we programmed more than 100 methods that we found online).

We saw and tested as well many methods that could be considered to be dangerous scams. Unfortunately, many people take advantage on the despair and necessity of money of other people to scam them, making them lose all their money. Our advice: if it seems too good to be true, most likely it is not true.

What is true is that we extracted some conclusions and basis for the future:

1Classical approaches with standard indicators (averages, oscillators, Japanese candlesticks, MACD, Elliot waves, etc.) which have been used throughout history, did not work very well for us or, even worse, they were so subject to interpretation that it was impossible for us to develop a clear profitable method to be followed by a person or an automatic system.

2The opening of the operations is a very small part of any method, an appropriate risk management and the closing moment of the operations are more important, and without them, even the best openings will break down your account.

3Even with a completely defined method, although it may seem unbelievable, the psychology of the person who is applying it has an influence over its result. For this reason, we decided that we would never intervene in the method we were implementing, and we codified it to be completely automatic and therefore avoid ‘human feelings and errors’.

At this point, we decided to start from scratch and implement a good closing strategy and an efficient risk management that could withstand without problems the operations that went badly. Once this part was developed, we implemented an opening system based on the logic and the theories from the first works of John Forbes Nash →.

And that is how Gauge was born. After a regressive test of 5 years with good results, the next steps followed; adjusting the system to achieve maximum profit, testing it with a demo account to check if it worked properly and finally, once we were sure that everything was ok, using it in an account with real money.

From this point onwards, the future will decide Gauge’s history, and we are confident that the result will be good; after all, it is our own money and fate what is at stake.

Since we began to develop Gauge, we always kept clear ideas about the system we wanted to develop. We knew it had to be calm and steady, instead of opening operations as if it were a machinegun (scalping is not our style), and with none or very little supervision needed. 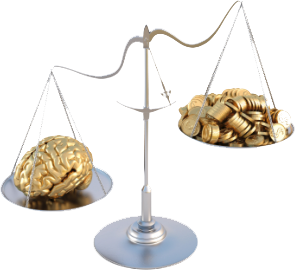 It is interesting how many people wish to leave the office and they use an investing method that requires them to spend the same amount of time in front of a computer with almost the same levels of stress. For us, it is better to open 30 operations in a year, when the time is right, than to open 3000 and make the broker with whom you have your accounts rich by paying him fees. We are not worried either about the difference between the buying and the selling prices (spread) because the operations that we open attempt to get at least 100 pips.

It is also clear to us that there are no methods capable of earning money all the time, and that losses are inherent to any system, however, the losses should be under control. It is pointless to win in 7 consecutive operations and lose everything you earned with only one… Appropriate risk management is key to any system; without it, we would not be talking about investments, but casino gambling… After all these years we learned that a good method must have a good ratio of successful operations vs failed ones while having at the same time the risks under control. Otherwise, the path towards bankruptcy is assured.

It is amazing to see how many people realize that Santa Claus does not exist, yet they do believe that there is a Holy Grail of FOREX. If a method that managed to earn money all the time existed, without failures or risk, do you really believe it would be available to anyone simply by searching it online?

For a method to be valid, everything to be done at any time must be clearly defined and must not leave any room for interpretation, nothing. By nothing, we mean absolutely nothing; if there are times when you do not know what to do, it means that something is not clearly defined and you will never realize if the method really works or if it is a mere matter of luck.

Also, we never changed the method during a slump. As we already said, failed operations are still part of the system and provided that we tested it correctly, after the failed operations the successful ones will come. If we changed anything after some failed operations, it would not be a method! And the results would become unpredictable… 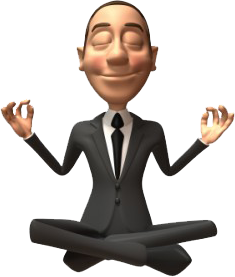 For us, out of everything we are exposing, the most complicated thing of all was to keep the stress levels under control. We had never imagined how different and difficult things become when you add real money to the equation. It is precisely for this reason that Gauge is a completely automatic system, when there is money at stake, your mind compels you to do things that are not contemplated in the method; maybe to open operations on your own, or to close them when they move against your interests, or to change the Stop Loss; and we know that the consequences are never good. It took us time to get used to it, and our recommendation is that there should always be two of you, so that you can oblige each other to abide the rules when the wrong ideas pop in each other’s minds.

After all the path we walked, this is the philosophy we have applied, and we are not going to change it as our intentions are to make money with the method, and not in any case turn it into a second job… The work to develop the method is already done, what is left is to have enough patience to collect its results.

The idea of Gauge is simple: finding trends long enough as to obtain profits from them, opening operations under a controlled risk always in favor of the trend (trend is your friend). As long as those trends are not detected, the system does not invest (better not to earn money than to lose it). The whole system is automatic so that it does not depend on us at any time, thus allowing us to carry on with our lives without having to be waiting for the opening conditions to occur. 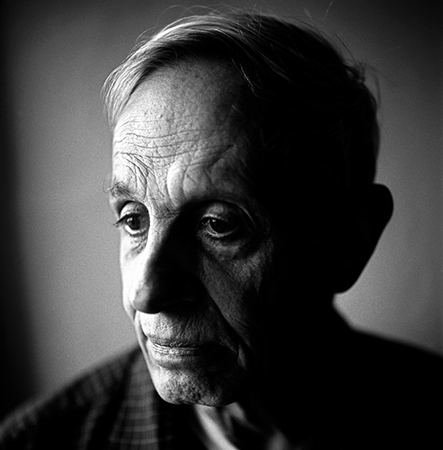 The detection of the trends is done through algorithms that include Nash’s → logic and mathematical theory. The goal of this algorithm is to detect those trends that will remain in time. Nash’s equilibrium theory tries to model the relations between different parts, and how does each one of them react to their rival’s actions. Applied to the currency market, the method identifies the equilibrium situations, and the impact produced on a certain currency when investors make certain actions in the rest of the market.

The same way that the analysis of the value of a company in the stock market takes into account a great amount of its external variables, the different markets related to the currency in which we are investing are mathematically analyzed, and decisions are made to invest or not when determined Nash equilibriums are reached between them.

When the operations are ‘assured’ new operations are opened so that in case of being in the middle of a very long trend we could accrue more profits and, if not, keep risking the initial percentage.

The risk of each individual operation varies between a 2% and a 5%, depending on some variables. We never risk more than 5% of the account at the same time and, like good investors, the system will stop after reaching a maximum loss level.

In every investment, we have to know beforehand the moment in which it is necessary to accept that we did not win and withdraw ourselves with what is left. In our case, this limit is set to a 30% of the account (approximately 7 consecutive lost operations). We hope never to get to that point, bus as part of the system it has to be under control.

In 2013, we have decided to publish the results generated by the method over our real account. If you would like to know when we are opening and closing an operation, you can follow us on twitter