How to Sell a Screenplay (II). Contests

After you’ve tried with your exhaustive list of possible connections to sell a screenplay as we have already explained, it’s time, in parallel, of sending your creature to fly.

It’s supposed that, if your connections haven’t worked for you (yet), you should try to find someone to move the script for you. That representation figure can be either an agent, a manager or an entertainment lawyer. We’ll go into how to get in touch with these different characters in next articles.

By now let’s start with one of the most recommended procedures for a newcomer.

The most common situation then is that you’ve just finished your script, after several drafts varying between five and ten, more or less. Your script, being unsolicited is called a “spec script”. “Spec” comes from “speculative”, which means you wrote it not knowing if someone is gonna be interested in it or not.

In an ideal world you should send a message out there to all the people that can turn it into a movie. That message should contain the title, genre and a short description of the concept behind it. It’s called a “query letter”, a pretty obsolete concept that we’ll analyze in further comments. By now, let’s just say that it’s not nowadays the most recommended way of trying to get interest for your script. Why? Easy: because no one reads “query letters” anymore, if anyone ever did.

So instead, what can a newbie try to attract interest about his script?

Several analysts and professionals agree that a very good way, though not easy by any means, is to win a prize, or at least recognition by placing high, in a major screenwriting contest.

These screenwriting contests, as one can suppose, are not easy to win. To begin with, they are always flooded with thousands of scripts, which makes the odds much more difficult. Can your script be the winner among 6.000 entries? It doesn’t seem the chances are awesome. But then, someone has to be the winner, and it isn’t written in stone anywhere that it can’t be you.

Although there’s a quite discouraging (as if we needed another one!) piece of trade savvy that asserts that those chances are similar to winning the lottery… without buying a ticket. Which means, it’s more probable to find a winning lottery ticket that someone lost in the street than to have your script winning a big contest.

But, enough of bad omens. Here’s the list of the biggest screenwriting contests, winning (or placing high in) any of which will surely attract attention not only from agents and managers, but also from producers, directors and/or studios: 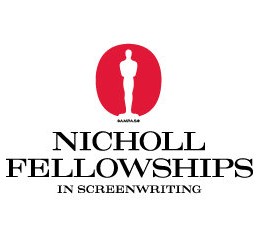 1Actually, more a contest than a fellowship, it will rocket your script into sky production. It will certainly provoke a six-figure bidding war between studios or big production companies to see who gets it. It will automatically attract the “talent” (directors, actors, etc). In short, it will make you filthy rich. 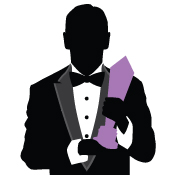 2Now is called “Big Break”. More recent than the Nicholl, it has reached similar prestige. Promoted by the powerful house of screenwriting software Final Draft. Unlike the Nicholl Fellowship, it’s backed by more expert and demanding screenwriters, trade professors and theorists from the prestigious magazine “Script”.

3This classic “independent” festival created by Robert Redford in the Utah mountains has also a schollarship awarded to those projects that may fit the requirements: originality and an air of independent craftmanship. The winner is invited to a workshop to write the actual screenplay with a professional and reputed mentor. Needless to say, the script has all the chances to be bought by famous producers.

There are other prestigious contests, like the Francis Coppola founded “American Zoetrope Screenplay Contest”, the “Blue Cat Screenplay Competition” or the “Scriptapalooza Screenwriting Contest”, but it’s unclear who are the judges and the criteria behind them.

All the contests will charge you a fee for accepting your script. Prices usually range between $30 and $60, though you can find them cheaper or more expensive than that. Note that the price can be lower if the script is sent well soon (“early bird” fee). The awards are of a variable size ranging between $1,000 and $25,000, and some of them contemplate awards for several finalists below the winner.

For the really ambitious writer, though, what’s really interesting is the fact that the winner or best placed scripts are promised an “exposure” to the powers that be. Meaning, the scripts will be sent to producers, actors and directors.

Be sure, in any case, of reading carefully each contest’s requirements. Almost all of them demand the length of the script to range between 90 and 120 pages long. So, if you’re planning to start sending scripts to contests and your script is, say, 138 pages long, you should seriously consider trimming those 18 extra pages.

Placing high or reaching a semi-finalist level on the most prestigious competitions will be of definitive help to achieve attention from that figure so important for an aspiring screenwriter: the agent.

But that for itself constitutes a whole different and complex theme. We will find more about it in next articles.