How to Sell a Screenplay (I). Connections

I’ve been calling everyone that has any remote connection to the film industry, and I’m getting to the point where I’m calling anyone who’s ever seen a movie!

So goes an old anecdote of the trade. The guy in question was looking for connections to sell a screenplay. He finally managed to get two of them in preproduction.

It must be clear that you, the scriptwriter, must devote a big deal of your living time to the search of whatever solutions help to get paid for your script. You must, therefore, start acting as a producer. Your own producer.

Even if you think you weren’t born for the task of marketing and self-promotion, you will have to sell yourself first before thinking of selling your work. No, I’m not talking about prostitution of any kind here (although, wait a minute…).

What I’m talking here is about the importance of “networking”, which means: first important thing in a scriptwriter’s success is the amount of useful contacts he can gather.

Very probably, at first thought, if you’re an aspiring scriptwriter, you’ll think: “Heck, I don’t know anyone related to the film/tv industry!”

Well, I say to you, think again.

Because maybe you personally don’t know anyone in the trade. But there’s a probability that an old acquaintance of yours does.

So, first thing you’re gonna do is get your ass glued to the chair and start writing that list.

Start with the people you can remember from school and go up from there till the people you know in the present. Think even of those friends or relatives who you have a faint memory that one day mentioned something related to the industry, whatever vaguely. It can be someone whose brother had a gig dubbing for a tv series. It can be someone whose friend knew such or such director. It could be a friend of your sister’s friend that had a little role in a tv program… You must stress your memory and, like a detective from a movie, search and find those people. 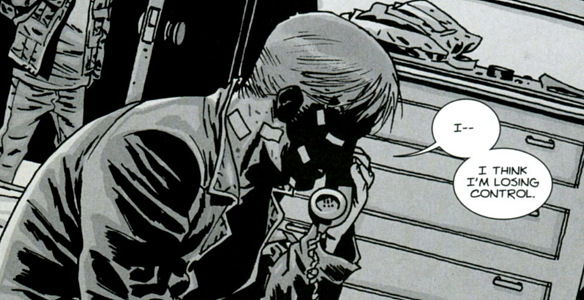 Once you have your exhaustive list, you must start right away with the phone calls. Quite surely at last, after hours or even days, you’ll get the phone number of someone who works or has worked for the industry. He/she is the person you have to meet and try to sell yourself to as a serious scriptwriter.

For that occasion, it must be emphasized that you better have at least two complete feature-film screenplays already written. Besides, you should have gathered before the meeting plenty of other ideas “at different stages of development”, which means anything, from just a logline to a treatment ranging between 2 and 40 pages. I take you know what these terms are, cause they are all over in the books about scriptwriting you bought or stole.

Why, you may ask, must you have everything ready just for talking to someone who very probably won’t be the producer, director or agent you need? Well, just because that will give a professional feeling to you and your work. Which will make it easier for the other person to decide to refer you to a producer, director, star or agent he or she knows.

It is recommended also because everything from here on is pretty unpredictable. The person you’re talking to can decide right out the bat, there and then, to call someone he just already remembered in that precise moment (perhaps a producer or director). And it could happen (has happened) that that producer or director can be available at the phone in that precise moment. And can happen (as indeed happens sometimes too) that said director or producer asks you for a logline, or even a short pitch of your script. There, on the phone. It has happened.

In that case, I insistently recommend that you better accept the challenge right then, right there, and don’t beat around the bush mumbling excuses or trying to postpone things for a meeting or a call any other day. That’s a loser’s act. So, take that train. Take it now. For it’s leaving and is never coming back.

That’s why you must always be ready. Because you never know.

It has happened before.

Of course, all the previous steps make sense if your uncle or your brother –in-law are not a succesful producer, director or agent. In that case -which is the most successful way to get a script read-, I’m sure you’ll know what to do